Learn Japanese through Minna No Nihongo

There are excellent textbook series which has been effectively teaching students about the Japanese language. These are sets of learning materials that will provide holistic learning. One of these books is the Minna No Nihongo.

See all Minna no nihongo books

Most popular Minna No Nihongo books

All About Minna No Nihongo

First published in 1998, the Minna no Nihongo series has been one of the bestselling Japanese textbook series for quite a long time now. The second edition has seen several developments which are meant to further improve the books through updates and adaptation to current trends and events. These changes are mainly seen in the vocabulary and conversations where the words which have gone out of usage were replaced with new expressions which are more current and widely-used. The student can also expect the second edition to have more illustrations and to come with a CD containing dialogues and exercises.

Intended to be used by a general adult learner, the books help the students to deal with the people around them through conversations that involve some negotiation and problem-solving. With all these things, the students are gradually ushered to a pre-intermediate level of Japanese grammar.

Though the books are not study aids for the Japanese Language Proficiency Test (JLPT), a student who was able to complete book one is estimated to be at the N5 level of the JLPT while completion of book two meant that the student is already at the N4 level.

The first book also contains about 1,000 new vocabularies composed of words, conversational expressions, and proper nouns; around 100 grammatical items; 500- to 800-word reading materials; and may be completed within 100 to 150 study hours. Examples of sentences, dialogues, and review questions are also included in each chapter, aside from the sentence patterns.

The second book presents the students with various types of reading materials, such as newspaper articles, essays, novels, letters, and understand the intention, writing style, and distinctive use of the language of the author, teaching the student how to praise and console; as well as show empathy. It also teaches students to express his or her opinions in different situations.

After finishing the Shokyu series, it is recommended for the students to move on to Minna no Nihongo Chukyu Honsatsu I to help them advance to the lower intermediate level by honing their speaking, listening, reading, and writing skills.

Last level of the Minna no Nihongo series, if you reach the end of this set you are consider as a advanced intermediate and are able to take the Japanese Language Proficiency Test N2. 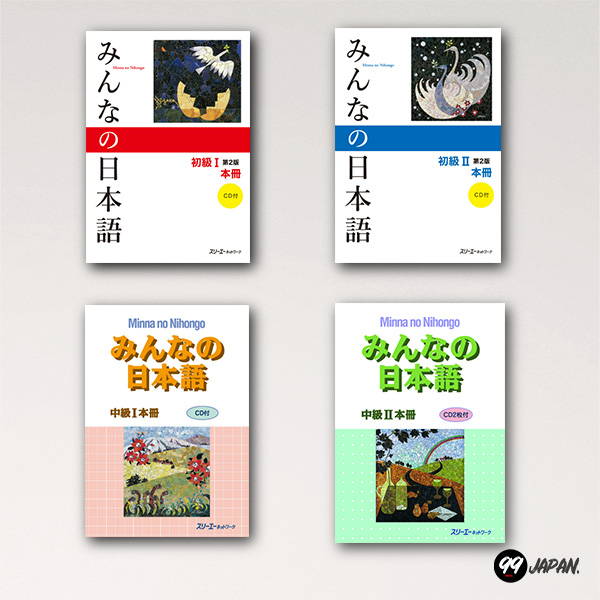 Each book contains 25 chapters which are composed of sentence patterns are arranged according to the level of difficulty, in terms of comprehension. It is done in such a way so that the students can consistently and gradually build up their knowledge and ability. Furthermore, the conversational settings in the book have been carefully selected to consider the situations where foreigners usually find themselves in or encounter. 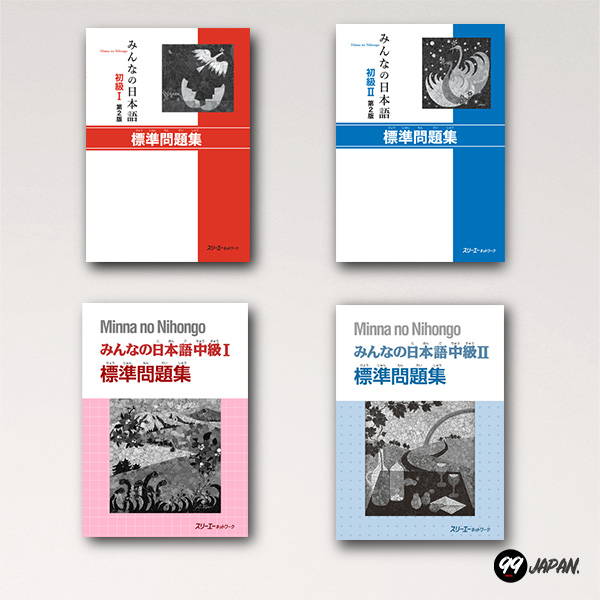 The workbooks contain collections of exercises and tests that aim to confirm, consolidate, and reinforce what the student has learned in each chapter of the main texts. Aside from checking comprehension, the workbooks may also be used as review texts. 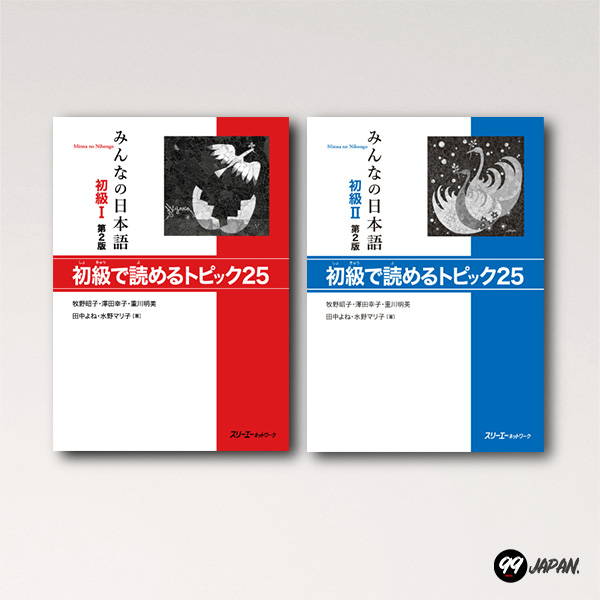 Expertly structured to develop a learner’s reading skills gradually, these books are ideal to be used by students who want to work on their Japanese language reading ability. The book begins with a simple, one-sentence reading exercise in the Warm-up section and moves to more advanced passages and tasks in the Main Text section. 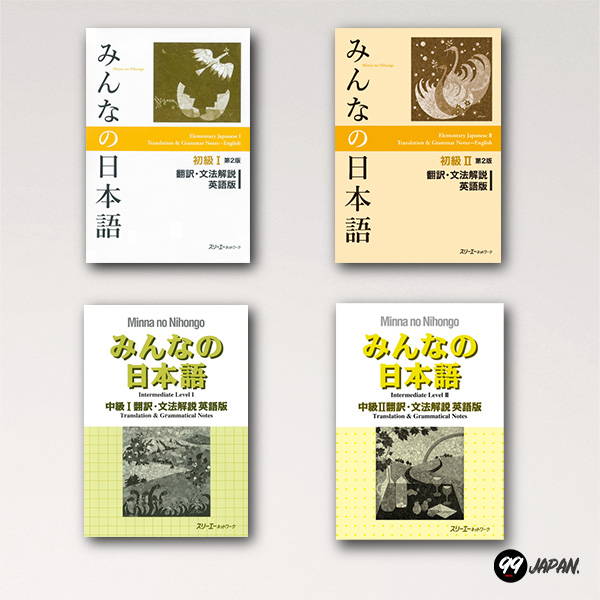 These books help students find vocabulary translations and related ones, sentence patterns, example sentences, dialogues, grammatical explanations, and cultural information. It is available in 11 languages that include English, Chinese, French, German, and Spanish. 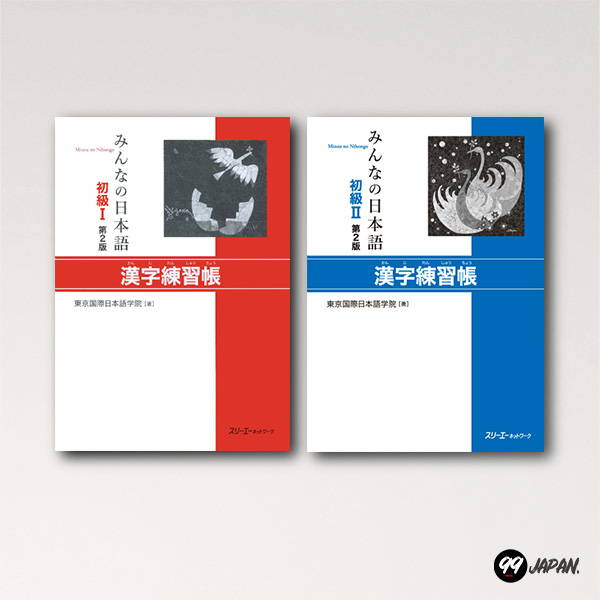 Designed to introduce kanji to learners and students, the book contains 220 kanji selected from the first book and 298 kanji from the second book. The book aims to assist the student in understanding the structure of kanji. 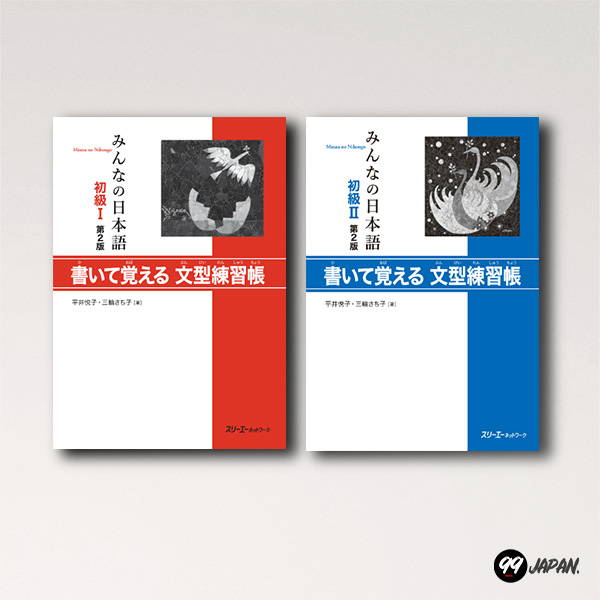 Coming with a word list in English, Chinese, and Korean, this workbook is designed to help students write coherently in basic Japanese. The workbook is divided into two parts. The first part called the Basic Practice, uses the vocabulary and sentence patterns found in the two main texts while the second part is called the Practical Application which involves, well, practical application of the lessons from the books.

One thing about using the Minna no Nihongo books is that the students should have at least a basic working knowledge of hiragana and katakana. Though this might be a bit of a challenge for some, it is what probably sets this series apart from the other books which are written in romaji, or English letters. The Minna no Nihongo is written entirely in Japanese, and one must refer to the translation text for the pronunciation. It is recommended to have a hiragana and katakana syllabaries handy, for reference.

Each book contains 25 chapters which are composed of sentence patterns are arranged according to the level of difficulty, in terms of comprehension. It is done in such a way so that the students can consistently and gradually build up their knowledge and ability.

Grammar lessons and exercises are presented in such a way that the function and usage are easily understood. It also covers every grammar points needed to be fluent at the intermediate level, as well as items and example sentences that will enable the student to proceed to an advanced level.

The series is known for cultivating the practical conversational skills of the students by understanding basic grammar and vocabulary and exposure to everyday conversations in various settings.

Aside from the main textbooks and the Translation and Grammatical Notes, the series also comes with two sets of CDs. It is on these disks that the student will find recorded vocabulary, sentence patterns, example sentences, drill, and dialogues, which are also part of each chapter of the books. Meanwhile, the questions from all the chapters are recorded on the fourth CD of each set.

Want more? Check out our selection of Japanese textbooks